Greenland not so green in medieval times

It has often been claimed by well-informed climate realists that Greenland was called that because it once was all green and covered with grass. Recent archaeological finds paint a different picture. The Danish blog Scientist Dr Viktor Dritthavn has made some remarkable discoveries which will overthrow the prevalent view of medieval Greenland as a lush meadow.
While surfing on the net, Dr Dritthavn found images that were claimed to be ruins of Viking-era farmsteads, but Dr Dritthavn recognized them for something else. They were ruins of mosques! “The plans of the buildings were strikingly similar to plans of mosques”, comments Dr Dritthavn. “And what’s more – no shoes were found. There was not a single shoe visible in the images. If it was a Viking farmstead, that would be hard to explain. But Muslims always remove their shoes before entering into a mosque. Therefore, it must have been a mosque.”
This is what a mosque looks like. The similarity can hardly be a coincident.

The implications are staggering. Greenland was not colonized by Vikings, but by Arabs. They were previously thought to only have reached as far northwest as the Iberian Peninsula, but now we know that they continued their northwestern expansion all the way to Greenland. And if there were Arabs in Greenland, it couldn’t have been green with grass. Greenland must have been a desert, subject to the same hot and arid climate as the present-day Arabian Peninsula and Northern Africa. In other words, it must have been several tens of degrees warmer than today.
This means that the Medieval Warming period not only existed, but was considerably warmer than today. And yet civilization flourished during these times, only to go into a steep decline during the Little Ice Age when Eskimos hunted walrus and penguins in southern France and all scientific and technological development came to a grinding halt.
Not least importantly, this proves that McIntyre and Wegman were right and that Mann and Jones were wrong! Of course, the enforcers of the prevalent scientific dogma will do everything they can to put the lid on these new fantastic discoveries, but this is the era of blog science so they will not succeed!

So how can we explain the name Greenland, if it was a desert? That’s simple enough. Green is a holy colour in Islam. Many Islamist countries have green flags. The name Greenland is irrefutable proof of an Arab colonization (or possibly an Irish one, but the absence of bottles is evidence against that.)
Dr Dritthavn is now organizing an expedition to Greenland. “I have relied on Google maps for my research, but now I feel I need to be there in person”, he says. “I will search for camel remains frozen into the kilometre thick Greenland ice sheet, and they would be hard to find using Google maps. There are certain passages in the Kitab al-Azif manuscript by the medieval Arab scholar Abdul Alhazred that hint at camel caravans crossing the Greenland desert.”
We are looking forward to the day that Dr Dritthavn brings backs more evidence from the time when Greenland looked like this: Who knows? Maybe he can even find the harem of some Greenlandish sheik buried in the ice.

There is a post at WUWT that is a real laugh. At first I thought it was for real, but it turned out it was a hilarious and spot-on parody of the warmists!
This piece literally had me falling off my horse with laughter:

Al Gore also hailed the paper as a milestone, writing in a press release, “All questions and skepticism should be ended at this point, the proof is in.” Gore declined to comment, aids saying he was too busy selling carbon offsets to himself.

As we all know, the eco-fascists could never come up with anything that funny. They completely lack a sense of humour. Al Gore is reported to have accidentally killed several people from boredom when he once tried to make a joke! It was a most painful death.
Thinking about it, this lack of a sense of humour appears to be a common trait in people I disagree with on some point or another: environmentalists, communists, neighbours, people that don't like sausages, the English, the French, bicyclists, women (in particular my ex wife), children, and some categories that it would be too politically incorrect to mention here. They never appreciate a good laugh!

Here is another good laugh, from my famous series of Nazi pictures with funny captions. All our bombz are made from rezyclable material. We mustn't harm the environment!

Another vicious attack on Wegman

Another vicious attack against professor Edward Wegman, the world’s foremost statistician, has been launched by the blog with the pornographically-sounding name “Deep Climate”. Professor Wegman was behind the report that convincingly demonstrated that Michael Mann’s infamous hockey-stick was broken.
Apparently, the warmists couldn’t find any pretence for attacking professor Wegman personally. Nor were they able to produce any incriminating evidence in professor Wegman’s email correspondence – they have probably not even been able to procure said email correspondence! So instead, the cowards resort to attacking professor Wegman’s report! It is absolutely disgusting.
The disgraceful attack appears to have two prongs. First, Deep Climate claims that professor Wegman, instead of actually doing his own investigation of the ability to reproduce hockey-sticks from red (communist) noise, just copied original hockey-stick breakers McIntyre and McKitrick without really understanding what was going on. This is of course utterly ridiculous: in order to reproduce a scientific result one obviously need to have exactly the same data and code. Otherwise, one might get the wrong result. Second, Deep Climate claims that the code of McIntyre and McKitrick selected those 1% of graphs that looked most like a hockey-stick (had the most pronounced blades), instead of selecting them randomly from all those generated. Again, this is an utterly ridiculous complaint, illustrating Deep Climate’s complete lack of understanding of statistics and sports. After all, it is called the “hockey-stick graph”. With a smaller blade, it would look more like a golf club (unlike ice-hockey golf is a noble and manly sport, free of poorly disguised homo-eroticism).
One also has to ask oneself what is the reason for this asinine and manic obsession with some arcane issues in a 5-year old report. Don’t the warmists have anything new to offer? It really seems demented! But it is probably intended as a diversion from the defining issue in the climate debate: the use of short-centred PCs in the hockey-stick paper from 1998!

The Windmill Mafia in Corleone

The Mafia in Sicily has infiltrated the windmill industry, creaming off millions of eco-euros from both the Italian government and the European Union reports The Telegraph. Yes, that is true: organized crime is moving into the renewable energy sector. Windmills are being built in Corleone, by the Mafia. The Eco-mobsters, the green thugs! Do you hear that, tree-huggers and eco-hippies? This really makes me angry. Bloody windmills, bloody wind power. If you get your power from a wind farm, you are literally pouring your money into the pockets of the Godfather! It is absolutely disgusting. Windpower is fundamentally corrupt. And what is it going to be next? Will violence, oppression, dictatorships, terrorism and war follow in the tracks of the heavily subsidized wind-power sector? Surely the answer is "yes".
Did I say how outrageous I find this? How much this makes me hate wind power? It is absolutely revolting.

Say “No” to wind power. There is literally blood blowing around the rotors of those windmills. Say "No" to criminality, violence and oppression! Say "Yes" to good old honest oil instead! That is the only truely moral choice! 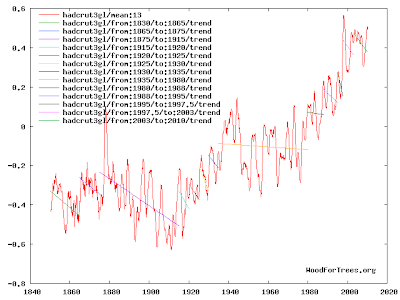 Curry agrees with me

Judith Curry, former email-deleting arch-witch of the AGW cult and now a victim of witch-hunts (the bad kind) from the AGW high priests since she decided to leave the sinking ship of the AGW dogma after the final nail has been hammered into it, suggests the following truce between the bed-wetting eco-fascists and the climate skeptics (aka realists):


Good suggestions, Judith. As all my readers know, I am a distinguished bridge builder myself, and I am willing to negotiate with you.

I already ignore practially all so-called "research" coming from the high priests of the AGW dogma. Garbage in - garbage inbetween - garbage out!

And we must surely put an end to all these ad hominem/populum attacks from the ugly stinking AGW fanatics.

But I disagree about the last point, though. Instead, I agree with Dr Marc Morano: the AGW dogmatists should be kicked while they are down and then publicly flogged. Only after that, we can have a truce like civilized people.